In addition to projecting movies, Richland’s Neptune Theatre (housed in the same building as and operated by the Neptune Fire Company) also occasionally was the venue for live theatrical performances, such as the Richland School’s Junior and Senior plays. 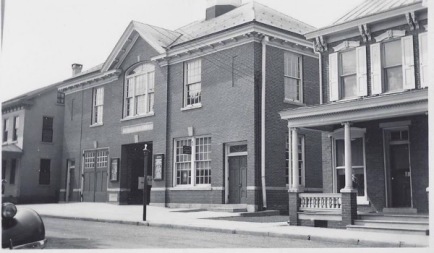 And I vividly recall a performance that I saw there in the late 50s. Or at least I recall the first of the three plays presented that evening by Richland high school students.

It was called “How the Story Grew” and for some reason it made a very strong impression on me.

The plot went something like this (I recall the main outline but I’m inventing the details). It takes place in a small town, probably not unlike Richland. In the opening scene two women meet and discuss the house that has been vacant for some time. As it turned out, the first woman, let’s call her Rhoda, had that very morning seen a moving truck pull up to the house. In a spirit of neighborliness, Rhoda rang the doorbell to introduce herself and welcome the new family to the neighborhood, but she was greeted by someone in the house pulling down the window shades, which she found to be extremely rude.

In the following scene the second woman meets one of her neighbors and tells her the story of Rhoda and how the new family had chased her away from the house. In the next scene we see this third woman spreading the story to yet another neighbor but once again elaborating the details.

This goes on and eventually the story has morphed into the new neighbors killing poor Rhoda!

At this point, Rhoda reappears to explain that she tried again to meet the new neighbors and they turned out to be the new preacher and his family, and they simply hadn’t heard her ring the bell because it was broken.

In addition to recalling the main plot of that play, I also recall that the performers all had very pronounced Pennsylvania Dutch accents.

I was curious if I could find out just when this performance was given, and it didn’t take long to find a brief article in the Lebanon Daily News:

So the date of that performance was Tuesday March 18, 1958, which raises a question. Why was I allowed to attend the play on a school night, as my parents were pretty strict in those days about my getting to bed by 9 PM?

But it does answer another question that I had. Why did I go to that performance when I don’t recall going to any other high school play in Richland? As it turns out, Willard Blecker, my first cousin once removed, was playing in the band that evening, although I have no recollection of any music. (The article spells his name wrong.)

I see that one of the directors of the plays was William Walborn, who would become my seventh grade history teacher as I detailed in a previous post.

And, of course, I recognize several other names in the article, like Nancy Hottenstein (who would be one of our baby sitters a year or so later), Ken Shanaman (who used to work for a spell behind the counter in the Snack Bar), Owen Landis (whose name I recall seeing scrawled on the sidewalk, though I’m certain that its claim of what he liked to eat was apocryphal), the Gails Rudy and Zeigler, as well as several others. Oddly, I don’t recognize any of the performers from “How the Story Grew”.

Oh, and a search of the web revealed that the one act play “How the Story Grew” was published in 1909 and written by Orissa W. Gleason. It’s billed as “A novelty entertainment in one act for women only” with nine characters (only eight names are listed in the newspaper article). It can be had for the low, low price of only $275! 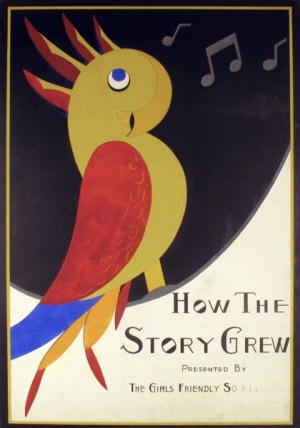