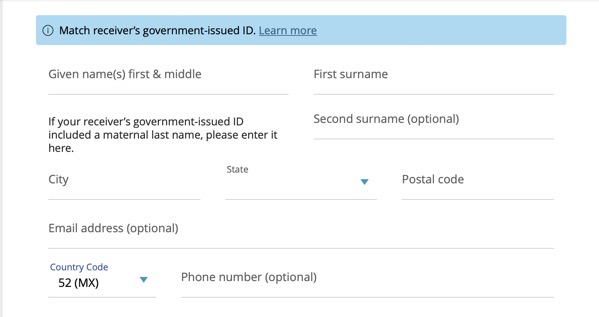 One thing that really gets my goat is badly designed or implemented software, and that includes web sites.

Having had a little bit of experience in developing software myself in the years when I was gainfully employed, this is a subject that I know something about. One thing that I always strived for (though I didn’t always achieve it) was to make software easy to use.

So for example, if I presented the user with a text entry box where I was expecting, say, a credit card number, I would gladly accept anything that looked like it might be a credit card number; in other words it might be sixteen digits typed without any spaces between every fourth number, or the digits could be separated by spaces (or hyphens or whatever). So any of these formats might be acceptable:

It was the work of a couple lines of code to strip out those separator characters, and it made it easier for a wide variety of users to type in their numbers in any way they preferred. As long as they gave me 16 digits (which I would then further validate).

All too often I find software, especially web sites, that insist on some arbitrary method of entry that does not conform to the way many or most users see their data.

As it happens, earlier today I needed to send money to some folks who were traveling in a country that is not the United States. It was suggested that I use Western Union as there were several WU offices nearby.

Fine. If the WU site was reasonably well designed, it should only take a few minutes.

Instead it took over 45 very frustrating minutes.

Their site was designed/developed by idiots.

The first thing the site wanted me to do was create an account by entering my name and a few other details and then creating a password.

I have a password manager (1Password, which I’m reasonably happy with), and with a couple clicks it entered all the data and created a complex password.

Except the WU site told me that the password was not acceptable.

OK, the first problem: the developers had a bunch of very arbitrary rules as to how a password should be formulated. Any security expert will tell you that that is bad design. But here’s the thing; the password that 1Password had generated for me did conform to their stupid rules. One lower case character, one upper case character, one digit, etc. But it still wouldn’t accept it.

It took several minutes and the generation of another password before I realized what the problem was. The developers were idiots!

All right. Maybe I’m being too hard on the developers; they may have been just following orders of some upper management types. It’s a scientifically verifiable fact that at least 90% of upper management personnel are certifiable fools.

I’m not talking about the Peter Principle. Most of the birdbrains who rise in the ranks do so by kissing the right asses.

The problem with Western Union not accepting my password was that it didn’t know how to handle data that was inserted by a password manager rather than typed in using the keyboard. Even though the password was filled in and of the conforming type, the web site didn’t check the field, it just knew that I hadn’t used the keyboard to type something into it.

Once I realized that, all I had to do was copy the generated password from 1Password and then paste it (using the keyboard, of course) into the proper field. WU now noticed that I had used the keyboard and it finally validated my password.

And I had to go through the same rigamarole on a subsequent screen when WU wouldn’t accept my credit card info that 1Password filled in. I had to type it in, or at least copy and paste it in.

I thought I was in clear, but those turned out to be minor problems; the worst was yet to come.

There were a few pieces of data that I needed to fill in (such as the city where they were currently staying) that I had to send email and wait for a reply, but ok, it makes sense that I would need that.

And then I got to the screen that you see at the top of this post. Entering the receiver’s name was not a problem but what about the city, state, and postal code?

I started by entering the city where the receiver was currently staying and WU helpfully filled in the state, but I needed to send another email to get the postal code (we mere mortals usually call it the zip code).

And while waiting for a reply, I looked at the form again. And I noticed that it was talking about the receiver’s government issued ID. There had previously been a popup that told me that if I didn’t enter that data exactly right, the receiver would not be able to claim the funds. Did WU want the city, state, and zip that was on the ID? I had told WU the name of the foreign city on the previous page; did they need me to type it in again?

But having entered the city and state, it refused to let me change them.

So I called the Western Union 800 number.

I spent some time on the line with the friendly guy, but what he was saying made me even more confused.

“You need to enter the city where the receiver is currently living.”

Oh, I thought. That means the city in the US where they reside, the city that’s on their ID. Glad to get that clarified.

“No, no, no,” he cried. “Not the US city, the city where they are currently living!”

But they live in the US, they are only visiting the foreign city.

I finally understood that he meant the city where they are currently located. Why the hell couldn’t he just say that?

But there was yet one more snag. What zip code to use? Doing a web search (both he and I did it at the same time) revealed five different zip codes for that city. And according to this support person, the zip code had to be the one where the receiver was staying or they couldn’t collect the funds.

OK, that just meant another email exchange, and eventually I had everything filled in, the transfer went through, and a couple hours later I got the notice that the funds had been claimed.

By then I had even calmed down a bit.